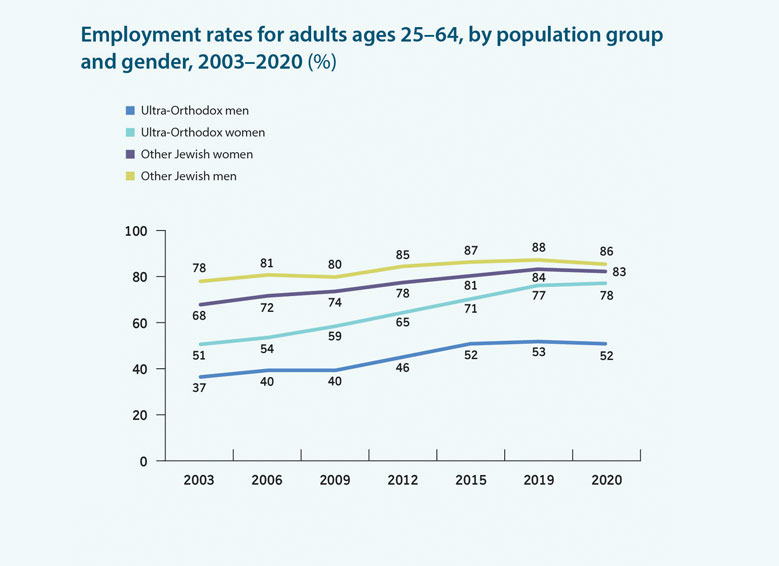 The work situation of the ultra-Orthodox population cannot be described solely on the basis of employment rates. Another key component is income. The average income of ultra-Orthodox workers is 59% of that of other Jewish workers. Among other factors, this difference can be attributed to the fewer weekly hours worked by ultra-Orthodox workers and lower compensation, which is also a result of these workers’ concentration in lower-paying occupations. 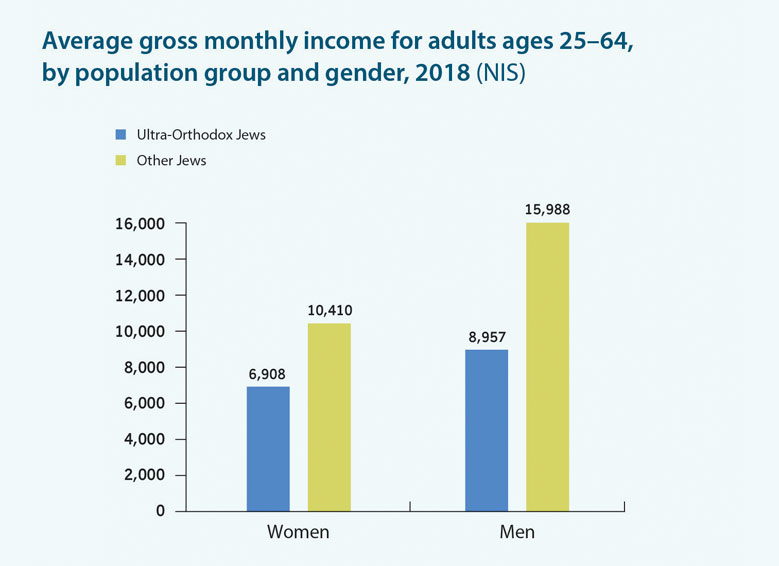