Poverty rates are much higher among the ultra-Orthodox than among the rest of Israel's population While since 2015, there has been a notable decline in the percentage of ultra-Orthodox families living in poverty, the poverty rate remains high, standing at 44% in 2019, compared with 22% in the Israeli population as a whole. 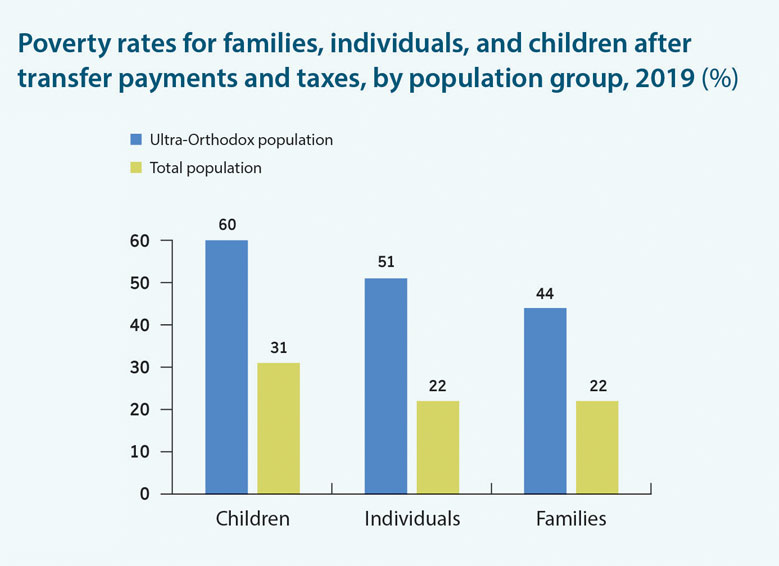 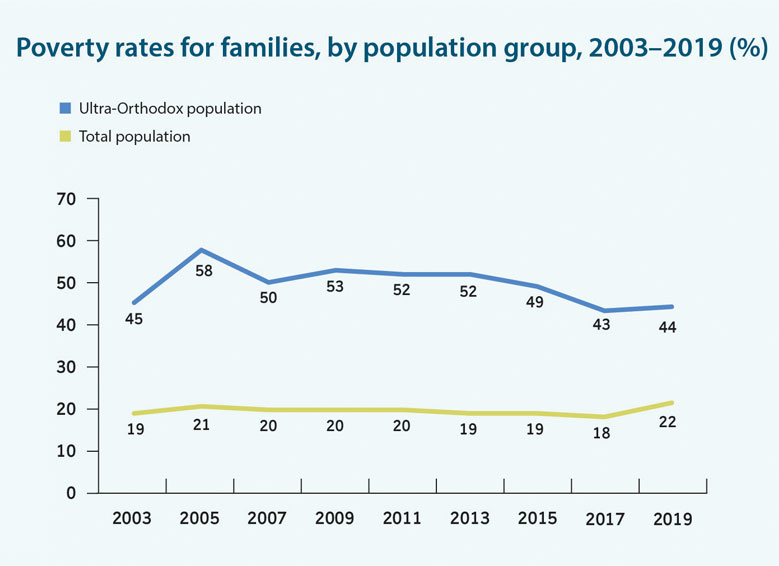 In 2018, the average gross monthly income for an ultra-Orthodox household was NIS 14,745, far lower than that of other Jewish households (NIS 23,235). The factors behind this gap include the predominance of households with a single wage-earner fewer weekly work hours, employment in lower-income occupations, and lower levels of capital and pension funds.

A comparison of monthly household expenses reveals that ultra-Orthodox households spent an average of NIS 14,651 per month in 2018, 16% less than other Jewish households, despite the fact that the average ultra-Orthodox household has almost twice as many family members. This difference in expenditures can be attributed to the community's consumer culture, which values thrift, and to special community-based frameworks in the ultra-Orthodox sector, which offer products at reduced prices, and sometimes even at no cost. 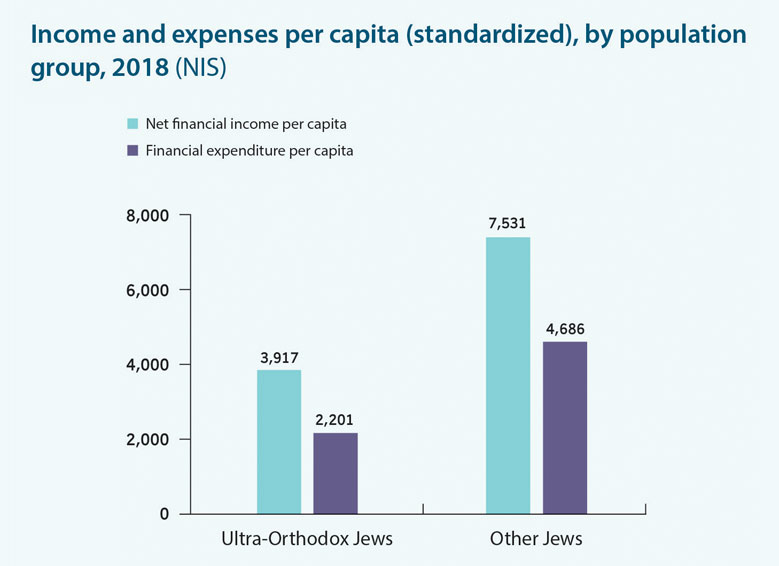 A comparison of behaviors relating to standard of living between the ultra-Orthodox and the rest of the Jewish population reveals that differences remain significant, though they have narrowed somewhat in recent years. The same is true of income levels, poverty rates, and shopping and consumer consumption patterns, and access to a car. The only area in which the two groups are entirely similar is home ownership. 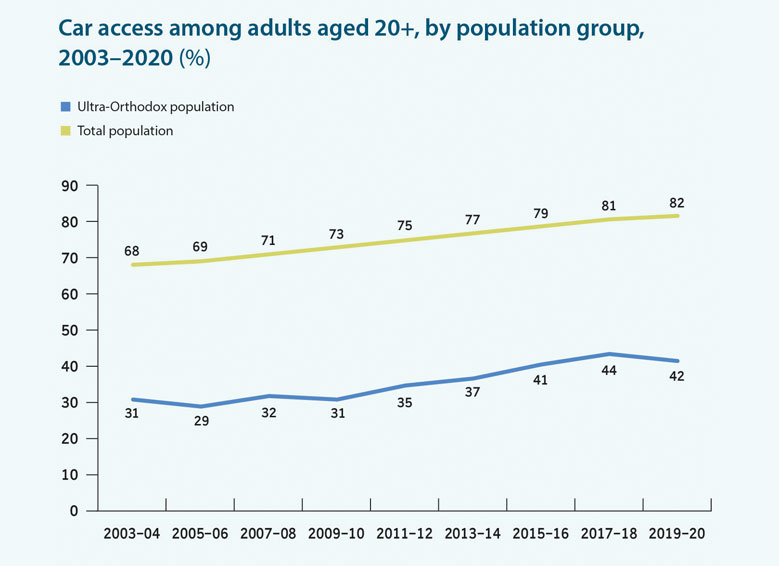