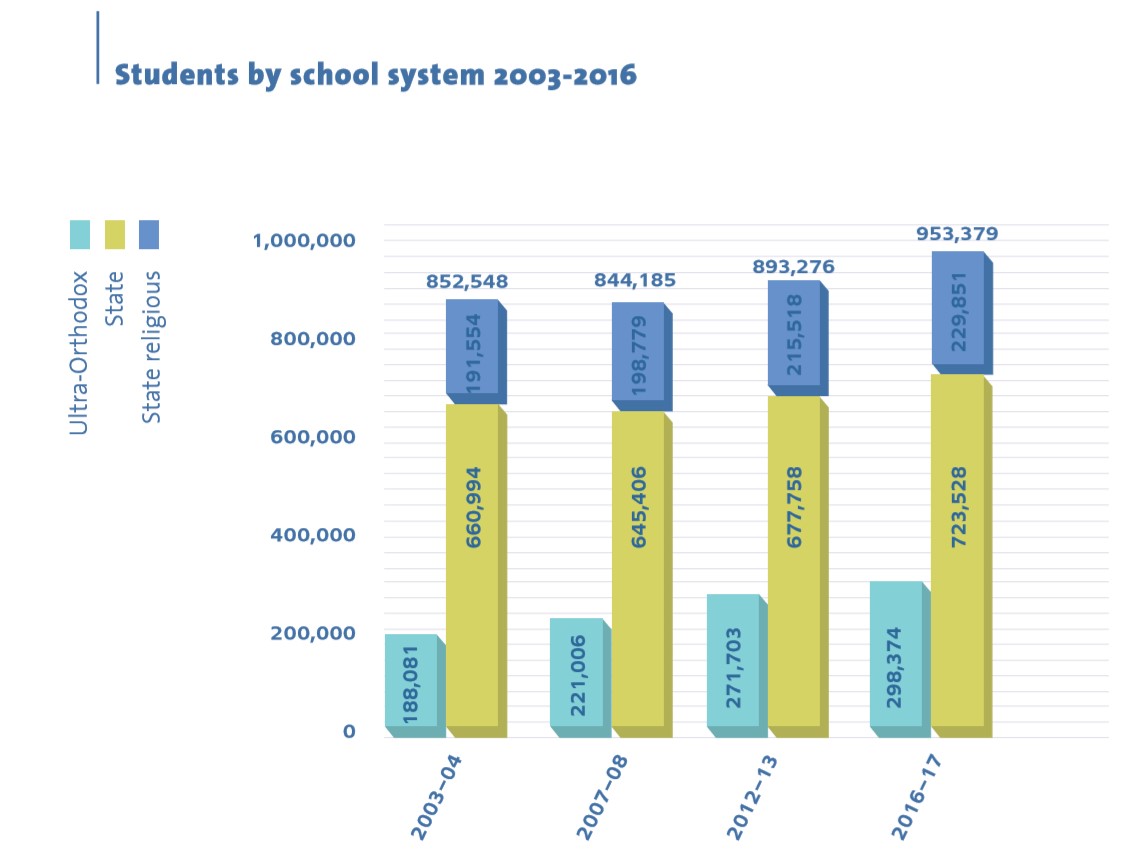 In 2016, 117,165 ultra-Orthodox men studied in yeshivas, 64% of whom were married. Seventy percent of the latter are exempt from army service by virtue of their marital status, so that for them --continued kollel study is not necessarily a way to avoid military service but rather stems from a combination of religious, cultural, and social factors.
The pace of growth in the number of yeshiva students declined to 2.5 % per year between 2012 and 2016, and the growth in the number of kollel students declined even further, to 1.3 % per year. The statistics showing this slowdown parallel those showing the increase in the percentage of ultra-Orthodox men joining the workforce and those enlisting in the army or volunteering for Civilian National Service.
The number of ultra-Orthodox men and women studying for an academic degree increased by 150% -between 2010 and 2016. During the 2015–2016 academic year, approximately 10,000 ultra-Orthodox students — 4% of the total number of students in Israel — attended academic institutions (not including the Open University or programs leading to a diploma rather than to an academic degree). Sixty-nine percent of them were women, as compared with 59 % among the overall student population. 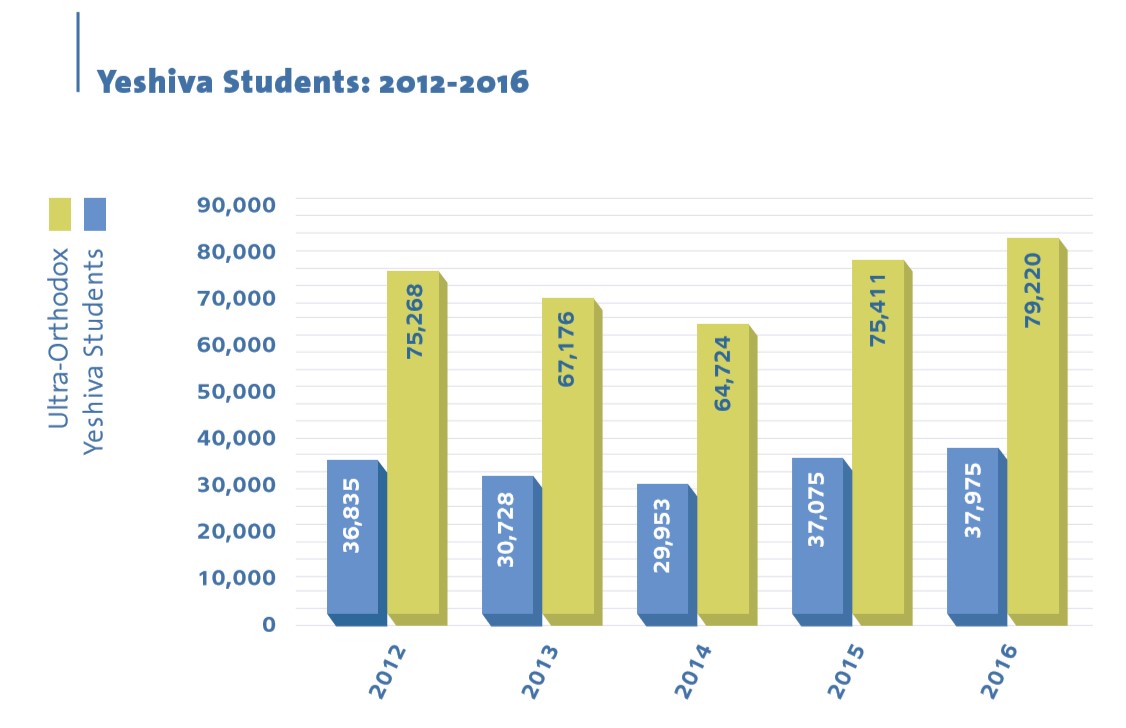 Ultra-Orthodox students tend to study subjects which will make it possible for them to work within the ultra-Orthodox community (education, teaching, and paraprofessional professions) and those — such as law and business administration-- which open the door to employment in "practical" professions.