The lifestyle of the ultra-Orthodox community is in constant flux and serves as a good indicator of its integration within the broader Israeli society. Wide gaps exist between the ultra-Orthodox and the rest of the Jewish population in rates of army enlistment and in volunteering for the Civilian National Service; in the percentage of Internet users; vacation goers, and the numbers possessing a driver’s license. Yet in light of the rising rates of ultra-Orthodox participation in each of these areas of life, it is clear that the trend toward its integration into the broader society is gaining strength.
One factor accelerating this trend is the growing number of the ultra-Orthodox — men and women alike — attending institutions of higher education and working in higher level jobs. Such jobs provide them with disposable income, a growing awareness of consumer culture, and create more and more of a "modern" discourse among a growing middle class. Approximately 3,500 ultra-Orthodox men, comprising about 34 % of male graduates of the ultra-Orthodox education system, enlisted in the army or joined the Civilian National Service — an increase of 5 % as compared with 2015. Among those who chose to serve, 81 % enlisted in the army in 2016, and 19 % joined the Civilian National Service, with the latter citing that such service makes a more meaningful contribution to society, and that it is more likely to provide them with vocational training for the job market. 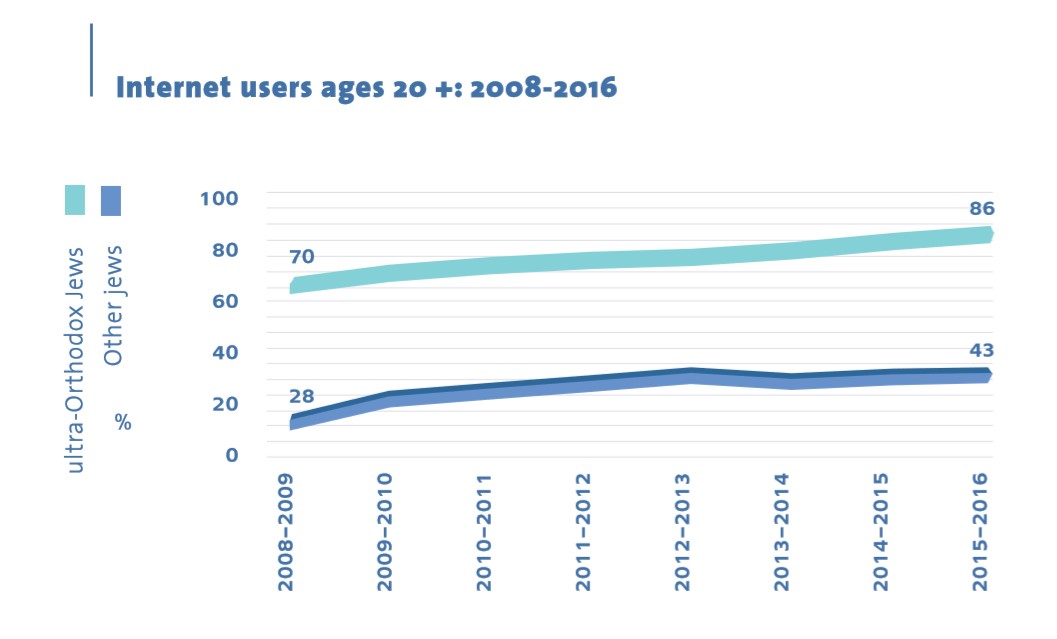