Elections for the 25th Knesset

Israel’s 36th government (Bennett-Lapid government) which took office following the 2021 elections was unique in several ways. First, the parliamentary coalition that supported the government included, for the first time, an Arab party (Ra’am); Secondly, it included 8 parties from a wide ideological spectrum; Thirdly, the prime minister came from a small party. These attributes, along with the fact that it was a fragile coalition supported by a minimal majority of 61 MKs, led to a government that faced constant and complex challenges. In the first 10 months the government met these challenges quite well. However, by Spring 2022 the government had begun to destabilize after several MKs removed their parliamentary support. The loss of a parliamentary majority culminated in PM Bennett’s decision to dissolve the Knesset and call for early elections. As a result, Yesh Atid’s chairman Yair Lapid was nominated as Israel’s 14th Prime Minister.

The election to the 25th Knesset will be held on November 1st, 2022. This will mark the fifth time Israeli citizens go to the polls within three and a half years. As a result, Israel has become the parliamentary democracy with the highest election frequency, a circumstance that reflects alarming levels of instability and lack of governability. In August, some of the parties held primaries to elect their candidates for the coming elections, while in other parties the lists were determined by the leader or by a small nominating committee.

Towards the deadline for submitting the lists of candidates, the field of contestants became clearer. Three main changes occured in comparison to the previous elections. First, the New Hope party (headed by by Gideon Sa'ar) joined Blue & White (headed by Benny Gantz), and the two will run under a new label: HaMakhane HaMamlakhti. Second, Yamina list disintegrated. Former Prime Minister Naftali Bennett retired and Ayelet Shaked will compete under The Jewish Home. Thirdly, the Joint List broke up and in the next elections Hadash-Ta'al will compete on one list, and Balad will compete independently for the first time since 2013. A total of 40 lists submitted their candidacies to the Central Election Committee. 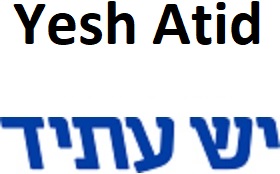 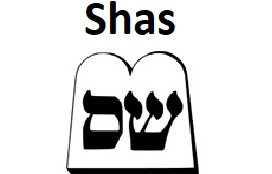 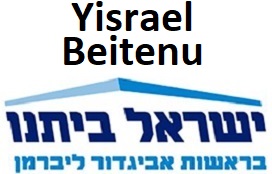 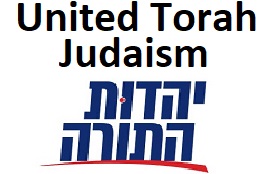 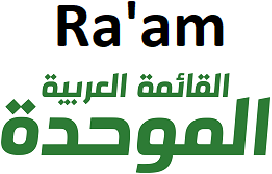 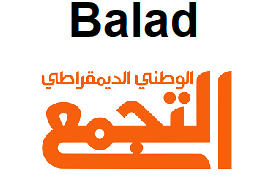 The elections for the 25th Knesset assembly produced a clear result. Israel’s citizens have had their say, and the political system is now entering the next stage of the cycle: forming a new government. Over the coming days, President Herzog will consult with the representatives of the factions elected to the Knesset, and will decide whom to entrust with the task of forming a government. This will begin the process that will culminate in the swearing-in of Israel’s 37th government. What are the rules that govern this process, and what can we learn from past experience in Israel and in other countries?

From a comparative perspective, the electoral threshold in Israel (3.25%) seems perfectly reasonable. In the vast majority of democracies, this figure ranges from 2% to 5%. Every percent plus or minus comes with its own advantages and disadvantages. When the threshold is higher, there is a greater danger that votes will go to waste. This is what just happened in Israel, where the lists that came up short of the threshold now find themselves out of the Knesset. But this is not predestined: whether parties clear the threshold or not, depends on their use of their political intelligence.

After five elections in less than four years – Israel is on its way to political stability. Although the number of voters since 2021 didn’t change dramatically – almost 9% of the votes were wasted below the electoral threshold – how does this affect the makeup of the new Knesset?  In addition the 2022 elections resulted in a clear victory for former Prime Minister Netanyahu, even though voters were split on whether they wanted him back in office. Prof. Kenig explains.

The 2022 elections resulted in a clear victory for former Prime Minister Netanyahu, even though voters were split on whether they wanted him back in office. Prof. Kenig explains.

Does the past predict the future? Sometimes yes, sometimes no. What we can expect is stability in the number of double-envelope ballots, which will have a negligible impact on the distribution of Knesset seats between the blocs, unless they push some list below the threshold.

The proposal to abolish the Judicial Selections Committee would lead to politicization of the judiciary, undermine judges’ independence, and shift the careful balance reached through it between the branches of government.

The Arab vote will be key to determining the outcome of the 2022 election. A special pre-election survey takes the pulse of Arab Israelis.

The Israeli Voice Index finds that while 56% of Israelis expressed trust in the upcoming election, 39% said they question if the results “precisely reflect how the public voted.”

Will the Arab public’s belief in Knesset elections in general, and in the Arab political lists in particular, will be strengthened. The Arab voter may overcome unjust policies by the government, but not internal crises. Dr. Rudnitzky reviews the main political and ideological streams in Arab society in Israel, ahead of the November 2022 elections

Diplomatic briefing with IDI President Yohanan Plesner and Researcher Dr. Arik Rudnitzky on Israel’s fifth national elections in less than four years. The briefing focused on the electoral crisis, the state of Israeli democracy as well as the latest developments regarding the political parties and voting patterns of Arab Israelis.

IDI and the Yigal Allon Center held a special election conference for over 1,200 students from pre-army gap year programs. The conference provided an opportunity for leaders from across the political spectrum to address the issues young Israelis say are most important to them including the high cost of living and matters of religion and state.

Only 32% of Jewish Israelis support advancing a ‘two-state’ solution as a means for resolving the conflict with the Palestinians. When it comes to thwarting the possibility of a nuclear-armed Iran, half of the public thinks Israel can attack Iran’s nuclear facilities even without American agreement.

The current campaign finance system in Israel incentivizes existing parties and creates a closed club where its difficult for new parties to compete. How can the system be reformed?

The disintegration of the Joint List is arousing diametrically opposite reactions from the two big blocs of the Israeli political spectrum. How will this new political reality play out in the upcoming elections?

Democracy is not just majority rule, but ensuring that all segments of society are provided with the opportunity to take part in a free and fair political process. For Israel, this means ensuring that the Bedouin population has equal opportunity to place their vote in the upcoming election.

The study, by Dr. Dana Blander, finds that Israel is the only country where sitting members of parliament serve as members of the body that administers and oversees the elections, without any threshold conditions. The members of Knesset and the other members that are party representatives sitting on the Central Election Committee have the authority to make consequential decisions regarding to the election they themselves are usually competing in - including disqualifying lists and the candidates running against them in the election.

New analysis by Dr. Or Anabi reveals a strong correlation between those who identify as left-wing and their votes for parties categorized on the left. The same applies to Israelis who places themselves in the ideological center. By contrast, the voting patterns of Israelis who identify on the right is more complicated with many voting for parties thought to fall outside of the traditionally-defined right-wing bloc.

Former Governor of the Bank of Israel Prof. Karnit Flug, explains what lies behind the recent wave of the rise in prices; what is the main tool for dealing with inflation, and how this relates to wage agreements in the public-sector. She makes is clear that we are not back where we were in the 1980s, but, we must deal with the situation without delay.

Former IDF Chief of Staff Gadi Eisenkot’s decision to join Benny Gantz and Gideon Sa’ar’s new political framework is a part of a long-standing trend in which retired IDF chiefs of staff join the political system.

The election campaign for the 25th Knesset is in its early stages, and one of the key landmarks is September 15th when all the parties contending must submit their list of candidates.

Dr. Assaf Shapira discusses the primary system in Israel with Bicom's Richard Pater. They talk about why parties chose to elect their candidates through different systems and what benefits parties such as the Likud and Labor gain from using the closed primary system.

How much does religious affiliation influence the votes that Israelis cast in the ballot box? Central Bureau of Statistics data and Viterbi Center surveys are used to present a comprehensive picture.

The data reveals that Israel’s political system is split by many overlapping divisions - along identity and status lines – making it is far more difficult to change voters’ positions and further contributing to the current political stalemate.

Joint lists decrease political polarization in the Knesset, but this might not hold true when it comes to artificial mergers and parties that have never proven that they represent a significant portion of the population.

The Center of the Israeli political map is fluid and is still developing a systematic and uniform ideological worldview. What do we know about its voters?

Merav Michaeli just became the first Labor leader to win reelection since the party adopted the ‘primaries’ system in 1992. IDI expert Prof. Ofer Kenig presents three pertinent insights on the state of democracy in the party founded by the leaders who established Israel.

The expected drop in voter turnout among Arab citizens and their representation in Knesset, regardless of who wins or loses these elections, poses a real threat to the political system as a whole.

51% of Israelis are satisfied with the decision to hold new elections and 62.5% will vote for the same party as the last election; 57.5% of Israelis think that there is a low likelihood of a stable government being formed after the election

What majority is required to pass a law to dissolve the Knesset on the various readings? After the Knesset is dissolved, how do it and the Government function? What do things look like right now?

Israel is about to hold its fifth election in less than four years. With elections taking place every 2.4 years, this places Israel first in the world in terms of frequencies of elections since 1996.

As Israel prepares for the dispersal of the Knesset, which will lead to the fifth election in less than four years, CNN's Hadas Gold spoke with Yohanan Plesner to unpack what all this means

A fifth election in three years, is a clear indication that Israel’s worst political crisis did not end when this government was sworn into office.

The dramatic differences among the different parties in terms of women’s representation in realistic candidate slots raise the question of what has gone wrong with the gender quota system. One simple recommendation for gradually increasing these quotas could radically change the situation and help ensure equitable representation for women

The surprising decision for the Arab political parties to run on three separate lists must be understood both through structures of each of the parties and by the political behavior of Arab voters.

Notwithstanding the drama related to the question of whether the ultra-Orthodox Ashkenazi parties will continue to run together in the current election, there are voices within these communities that might render this arrangement unacceptable in the near future.

With less than a month to go to Israel’s fifth elections in three and a half years, it is clear that governmental instability has wreaked huge damage. The work of the Knesset and of the government has suffered, as Knesset members and ministers are constantly operating in a campaign mode. The rules of the game that are generating this instability must be addressed carefully and based on a broad consensus.